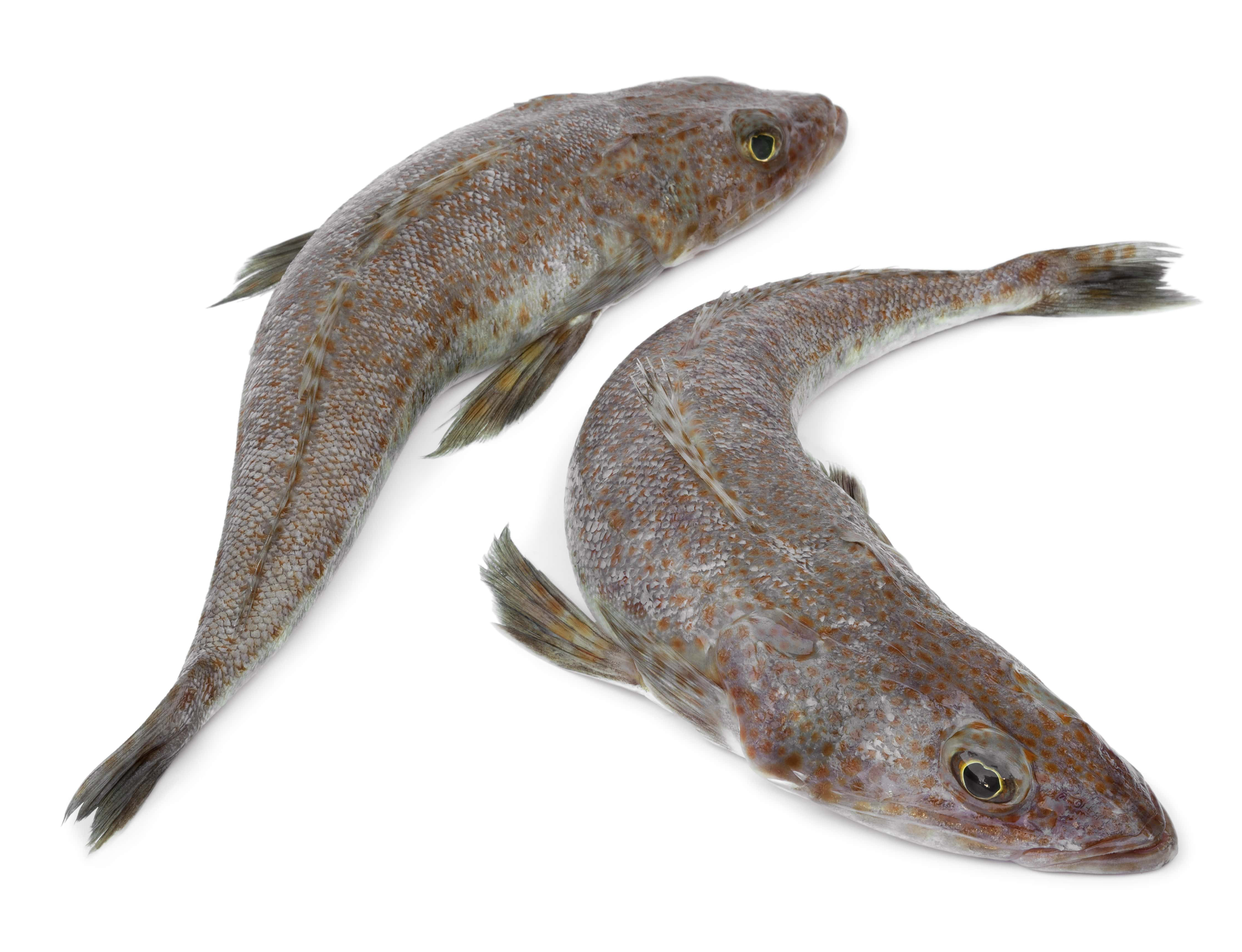 Catching a flathead is in many ways the essence of Australian fishing. With the bulk of the human population living on the east Australian coast; most of us cut our teeth on flathead. Most of us dreamed of the day we’d catch our first one – even those of us who lived nowhere near the coast. And with good reason.

Flathead is one of those forgiving fish that’ll accept the shortcomings in fishing skill a kid might have; while at the same time tricky enough to enthrall anglers who’ve chased them for decades. They give a good account of themselves on the appropriate tackle, and sharp rasping teeth add a risk of loss when fishing light leaders. They’re easily accessible, whether from a boat or walking the shore. And they’re brilliant table fare.

While Australia is home to at least 44 species of flathead, giving the angler a chance of hooking one almost anywhere along the country’s coastline; the biggest of the bunch is the dusky flathead (Platycephalus fuscus). As this is the most sought-after species because of its size, this article will deal mostly with the dusky.

It’s no wonder they’re such a favorite for east coast fisho’s – their distribution runs south from around Cairns in Queensland to the Gippsland Lakes region of Victoria. Put a line in a saltwater creek or river, estuary or the ocean proper and sooner or later you’ll get one.

Flathead is instantly recognizable with their flattened head profile, overall brown or sandy coloration and their large rounded pectoral fins. The dusky can be picked from other species it shares its range with by the presence of a single spot or blotch on the upper half of the tail fin.

The average length of line caught dusky flathead is around 40cm but real monsters can get over 100cm long. At this length, their head is about a foot wide across the top and justifies one of their nicknames – the croc. By the time they are in the high 70s bracket, they are a great class of sportfishing.

Fishing Techniques For Flathead How to Find?

The most important thing to know about flathead is that they live on the bottom. They might come up now and again to take the prey, and in shallow water, they’ll strike things on the surface, but first and foremost flathead live on the seafloor.

As an ambush predator with sophisticated camouflage (not only do they bury themselves in sand and mud like flounder – they can change the color of their skin to match) flathead hide in sand, mud or weeds and wait for prey to come within striking distance. They hunt over sand and mud flats; along channel edges and drop-offs into deeper water; gutters on ocean beaches; they make use of the structure such as rocks and rock walls, ledges, and fallen timber; all in order to set a successful trap.

Flathead hunt fish and crustaceans and large dusky flathead can and do hunt things like mullet, whiting, and bream. It’s worth considering this in lure or bait selection – if you want to get a big flathead use a big bait/lure.

It’s important to learn where the prey species are and how the tidal movements and other currents affect them. Flathead doesn’t move as much as other predators in search of prey; instead, they position themselves to intercept it. For example, on the top of the tide in an estuary, fish are spread across wide areas of shallow water. Flathead will move up onto the flats to find these roving baitfish, prawns, and yabbies, but will be spread out also.

As the tide begins to fall, the shallows start to drain and everything must leave the flats. Flathead will then position themselves in increasingly defined areas. Drop-offs from the flats into deeper water, creek mouths and other run-off points, and the main channel itself where structure creates breaks in the current. The opposite pattern occurs on the run-in tide.

Life in temperate climates means loosely defined seasonal patterns in movement. Generally speaking, flathead moves to the mouths of rivers and estuaries over the summer months; from November to April; to spawn. During this period is the best time to run into numbers of fish, and when a spawning aggregation is located good catches can be made. Small groups will bunch together so it’s not uncommon to get multiple hookups in defined spots; with fishless patches in between the next gathering.

As waters begin to cool the majority of fish begin to travel back up their home systems and will move right into the upper reaches of saltwater influence. Fish become slightly more scattered but will still be located in defined hunting grounds in relation to the local prey species. Again, it pays to always be in tune with the smaller species present.

Flathead is a viable option throughout the year which adds to their allure. As active feeders whatever the month, they provide good sport even on cold winter days. The broad rule is to fish beaches, inshore areas, and estuary/river mouths during the summer while concentrating efforts further up the systems in the winter.

How to Fish Flathead

Flathead will bite most things that turn up in front of them – the most important aspect is to get the presentation in contact with the bottom unless in super shallow water.

Soft plastics revolutionized the Aussie lure fishing scene during the late 90s and 2000s, and a big player in this boom was the flathead. Soft plastics made keeping contact with bottom an easy prospect whatever the depth, simply by adjusting jig head weight to suit the conditions. In this way flathead could effectively be targeted using the same lures and techniques in any area they were likely to live.

One of the simplest soft plastic retrieves for flathead is a lift and drop – with the lure contacting the bottom at the bottom of the drop. Alternating fast lifts and flicks with more subtle jumps of the lure keys into action as well as less active fish – it’s just a matter of working out what they want on the day.

All manner of plastics work but some of the best are paddle tail fish, jerk shad, and prawn patterns. Matching jigheads to the plastics and the water depth increases strike rates – use just enough weight to get to the bottom without an unnatural plummeting of the lure.

Diving lures have always worked on flathead and will continue to do so. These can be cast to likely habitat in the same way that plastics are, or they can be trolled. Trolling diving lures is a good way to cover a lot of water and to work large, consistent features such as the drop off the edge of river channels. In choosing a lure with effective running depth, the angler wants the bib to dig into the bottom substrate now and again. This kicks up plumes of silt and sand, makes a bit of noise and adds to the pulling power of the lure. As long as there is some contact with the bottom the lure is in the flathead zone.

Soft plastics and diving lures have dominated the flathead fishing scene for some time. Big, old fish can be increasingly hard to tempt with these lures as they’ve seen them all before; so it’s worth considering other lure types.

The recent surge of ‘blade’ style lures on the flathead fishing scene has accounted for huge numbers of fish. These metal lures cast a long way and sink fast; enabling vast areas of water to be covered in a fraction of the time that it would take to do so on soft plastics, and they’ve earned their reputation as flathead killers. I’d add lipless crankbaits to this list as well; they might not sink as fast as blades but are something different in the fish’s eyes.

Flathead is an option on surface lures in the right conditions. Working shallow water fringing the edges of drop-offs at the bottom of the tide is one of the surest options, where fish are sitting at the drop waiting for the last baitfish to leave the shallows. Drifting over shallow sand flats at the very top of the tide is another option for surface lures but remember that the fish will be spread out so it’s imperative to cover a lot of water.

Fly fishing has always accounted for a few flathead and is quickly coming into vogue in south-eastern estuaries. Patterns like closures and crazy Charlies take their share but the list of suitable flies doesn’t end there. Most patterns that mimic fish or crustaceans are worth a shot.

Bait fishing for flathead is still a favorite approach. Simply throwing a frozen pilchard out in a likely spot will work, but a more effective approach is to slowly cast and retrieve baits so as to cover water. Remember that flathead doesn’t move a lot so it’s easier to take the bait to them. Good baits include prawns, whole dead fish and strip baits. Live baiting remains a master craft in catching big flathead and live poddy mullet and prawns are hard to beat, cast into the right places. Yabbies are another favorite bait, pumped from the flats at low tide and fished over the same water.

Check out the video below, courtesy of BCF TV, for a great run-down of the essentials when fishing for flathead!

Look for structure in the areas you’re fishing – flathead definitely tend to congregate around it. Structure acts to break current providing shelter for baitfish as well as food for the smaller creatures. Flathead will position themselves nearby.

To really target big flathead look for areas of deeper water with the good current. These places should coincide with structure and are big fish magnets. Think channels as opposed to flats. Big flathead will lurk at the break from one bottom substrate to another, particularly from sand/mud to rock; as is found along break walls and similar structures.

Keep lures and baits big for big flathead. These fish will think nothing of scoffing an 8” plastic; although a safe medium is 6”. Big baits fished around structure and current also have the bonus of attracting that estuary ghost, the mulloway. Always a welcome bycatch!

Flathead has always been a favorite target for Aussie anglers and there is no sign of them going out of fashion. With their unique appearance, notable fighting tendencies and tasty fillets they keep us coming back again and again.

Remember to check local bag limits and size restrictions as they differ from state to state. Big flathead is fish that most of us hope for once or twice in our fishing careers so in the interest of the angling community it’s better to put them back for the next lucky angler – they don’t taste great once they get big anyway. As one of Australia’s most accessible fish, everyone’s welcome to have a go!

Fishing Tips for Beginners
How Physics Can Help in Fishing
Tips And Tricks How to Catch a Carp
COMPLETE GUIDE TO FISHING RODS
Things you should know about kayaking
How to Choose a Kayak for Fishing
What Types of Fishes You Can Easily Cook on Campfire?
Spinning Reel Maintenance: How to Clean and Lubricate?
5 Ways to Catch More Trout | Trout Fishing Tips
How to Build Your Own Survival Fishing Kit
How to Cook a Fish in the Wild
Kids Learn How to Fly Fish With 5 Easy Steps
Good Survival Fishing Kits 2019 Review
Different Type of Flies for Fly Fishing
Flies for Catching Different Types of Salmon
Different Types of Fishing Lures
Different Types of Fishing Reels
Fishing for Striped Bass Tips & Trick
Fishing for Muskie Tips & Tricks
How to Catch Big Fish From a Pier