We have taken a bulk load of spinning reels and narrowed it down to the top 3 best spinning reels under $150 to find out our number one choice and why. 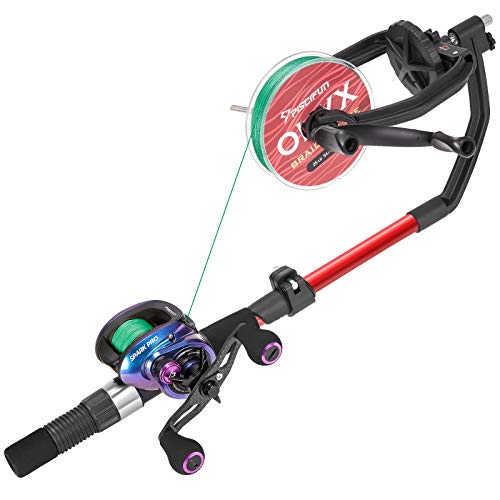 Sure, you can catch fish with the cheapest spinning reel on the shelf. But how many fish will it hold up to before it rusts, cracks, or tangles your line to the point of no return?

Fortunately, if you can bump up your spinning reel budget to $150, a high-quality, high-performance spinning reel — the kind you can pass on to your children and grandchildren — is well within reach.

But here’s where it gets difficult:

The $150-and-under category is a highly competitive price point for spinning reel manufacturers and the market is flooded with models all claiming to be the best. To help you sift through all the hype and marketing jargon, flannelfishermen and team rounded up three spinning reels under $150 that we feel are the best in terms of quality, features, and overall bang-for-the-buck.

We'll start out by looking at the most standout features of each reel then give you a quick-but-thorough breakdown of its components and technologies to help you decide which is right for you. Most of the time if a reel is labeled as "all-metal" there's a good chance it's made of aluminum. That's where the Pflueger Supreme XT breaks the mold — it's made of magnesium which is lighter than aluminum but just as strong. You get that great rigid feel of a high-quality aluminum-bodied reel but at a lower weight resulting in more sensitivity and reduced arm fatigue over the course of a day.

But don't buy the Pflueger Supreme XT just because it's lighter than other reels. The entire reel is fully sealed — including its carbon fiber drag system — to protect the internal components from grit and corrosive saltwater, and has 10 sealed ball bearings that make the reel incredibly smooth to crank.

And speaking of cranking, the reel has a carbon-fiber handle that weighs roughly 21-percent less than similar-sized metal handles. Non-slip braid-ready spools are standard on reels in this price range and the Supreme XT is no exception.

The Pflueger Supreme XT is available in four sizes from the 25X ideal for 2- to 6-pound test to the 40X for lines in the 8- to 12-pound test range. Since this reel is fully sealed, feel free to use it in saltwater, but you'll likely find the sizes better suited for freshwater fishing from ultralight pursuits for trout and panfish to targeting heavier fish like large mouth bass and pike. Although the PENN Battle II is a far cry from the company's most expensive reel, PENN chose to trick it out with their top-of-the-line drag system. What's unique about the HT-100 carbon fiber drag system is that both sides of the drag washers are used to apply pressure to the spool. This provides considerably more fish-stopping drag power without adding extra washers which would bulk up the reel and add unnecessary weight. Pretty clever.

Like its predecessor, the original PENN Battle, the PENN Battle II is a thorough-bred saltwater workhorse. Of course, you can use it to catch bass or musky, but the Battle II's specialty is in chasing inshore species like redfish and snook as well as smaller offshore species like small tunas, sharks, and dorado.

The PENN Battle II is available in eight sizes with the 2500 or 3000 sizes being the best for inshore fishing while the largest 8000 size with whopping 30-pounds max drag is ideal for tying into bigger quarry. These three features all add up to produce one of the strongest, most rigid spinning reels in the under $150 category. And in case you're wondering, when it comes to spinning reels, more rigidity means better transfer of energy for more torque when fighting a fish.

The IM-C6 carbon fiber body and rotor makes the reel about as strong and light as it gets. Extremely tight tolerances in the reel's AMGearing system add another layer of rigidity and strength — no play or rattling when reeling under load. Finally, the X-Craftic gearbox incorporates roller bearings around the pinion gear to greatly reduce friction to keep the system from binding when you hook into something truly enormous.

Your hook might straighten and your line might snap, but with the Revo SX, it won't be your reel's fault if you lose a fish.

The rest of the reel's features are just as bomb-proof. Eight stainless steel HPCR bearings give you the buttery-smooth cranking you need, the Rocket Line Management system which includes a spool lip design optimized to improve casting distance keeps your line tangle-free and minimizes line twist, and slow spool oscillation keeps your line lying flat on the spool whether you're using mono, fluoro, or braid.

The Abu Garcia Revo SX has gained huge popularity among bass anglers who use it to fish everything from finesse techniques like drop shot and shaky head to pulling more aggressive lures like crankbaits and big swimbaits. It's available in four sizes — 10, 20, 30, and 40 — with the largest size having a max drag rating of 17 pounds. While the Revo SX is most often used in freshwater, it also makes a phenomenal inshore saltwater spinning reel when you want the added challenge of fishing slightly lighter tackle.

You may notice that the retail price of the Abu Garcia Revo SX is slightly higher than our $150 cap, but you should have no problem finding it for a lower price online.

Better Spin Fishing is Right Around the Corner

Quality gear — especially spinning reels — is more enjoyable to use than the cheap stuff and can make your day on the water better in almost every way. When you shell out for a nicer, slightly more expensive spinning reel you end up with a lighter-weight rig that makes repetitive casting less tiring. Plus, when you invest in a high-quality spinning reel, you'll have more confidence in its ability to seal the deal on what could be a fish of a lifetime.

Don't skimp and you'll be rewarded. And when you're ready to make your next spinning reel purchase, we hope our picks for the best spinning reels under $150 make the process a little easier.